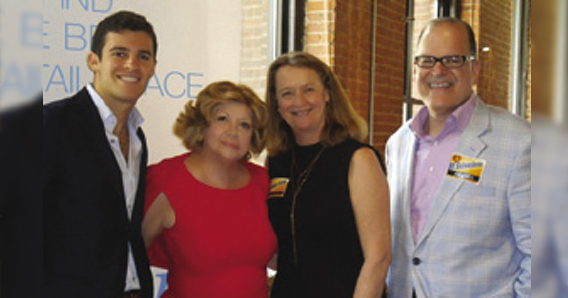 The event, entitled “First Stop Brooklyn!” was the first in a series of real estate networking conferences that will cover all four boroughs and was held in a loft venue on Water St. in DUMBO. Consolo’s panel followed a rousing talk by keynote speaker, Brooklyn Borough president Eric Adams.

“Our panel represented some of the most visionary developers in Brooklyn today,” said Consolo. “From office and retail development to technology centers and restaurants, they had the inside track on New York’s fastest growing borough.”