With clock ticking, Breitling builders get store open in time for Christmas 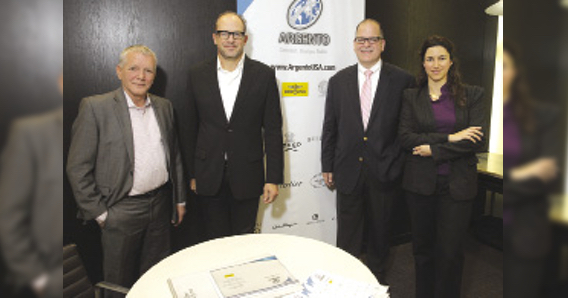 Some of the city’s top brokers, developers and bankers got an inside look at how some of the New York’s largest retail deals get done when it comes to building-out space for top-tier clients.

Argento Construction executives told guests what went into the gut demolition and build-out of the 4,800 s/f, four-level Breitling watch store at 5 East 57th Street; a project that came in “below budget and ahead of schedule” for the client.

Argento renovates and rebuilds stores for icons such Versace, Armani, Bulgari and Gucci.

Founder and CEO Danny Argento, and SPACE architect Scott Stapleton, presented the Breitling case study with insights into the design challenges and costs associated with such a large retail built-out project.

The team was given only 4.5 months to get the new Breitling store open for holiday shoppers. The store opened Dec. 23 and accomplished multi-million dollar sales a few days before Christmas 2010, said Argento. “The key is coming in early, before the lease even gets signed, to start planning,” said Argitakos. The breakfast was hosted by GoldsteinHall and Metropolitan Commercial Bank.